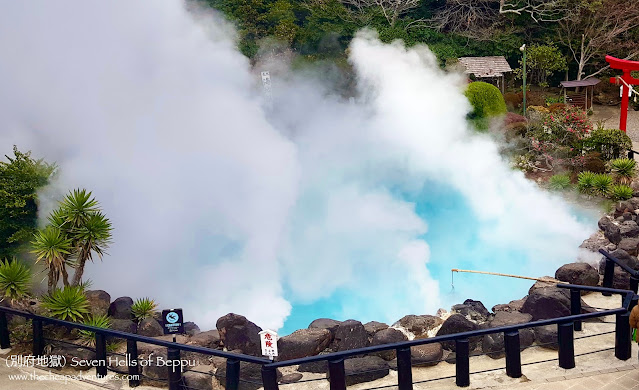 The first record of a "hell" (jigoku) was in 733. The raging "hell" was calmed down and turned into the steam baths of Kannawa (Beppu) by monk Shonin Ippen when he visited Beppu on his prayer pilgrimage around Japan in 1276. The first one on record was Umi-Jigoku (Sea Hell), and during the Meiji Period, it saw around 3,000 annual visitors. On 1910, Umi-Jigoku was first used for tourism. Over the next couple of years, a couple more were born, and these are currently marketed as the "Seven Hells of Beppu" (source: pictures at Umi-Jigoku during my visit)

Budget: JPY1,200 (~USD12)
Visit Date
When to Go
Anytime during the year. Take note of the opening/closing times (8am to 5pm).
Special Notes
Itinerary