Today is August 2020, and I have realized that schedule wise, this is only doable for me next year - so writing the fruit of my research and will revisit this again.
Budget: JPY26,000 (~USD246)
Hike Date / Difficulty (Elevation: 2,236m / 7,336ft)
When to Go
The shuttle is only running from June to early October, so that's a restriction. 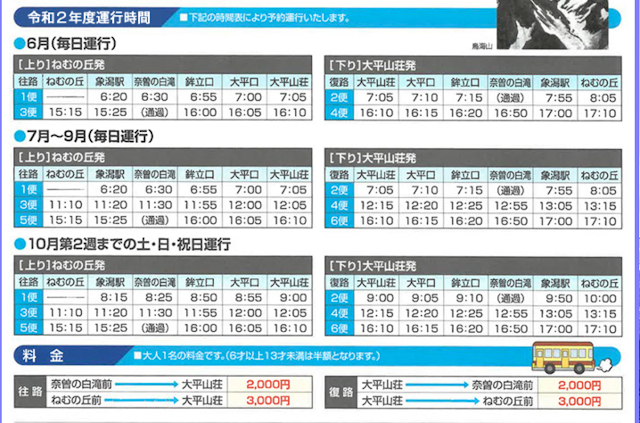